There are so many wood flooring choices. From a standard red or white oak to exotics, we can help you select the best colors and grains to match your home. The photos shown below are shown with a water-based finish (top section) vs. and oil-based finish (bottom). 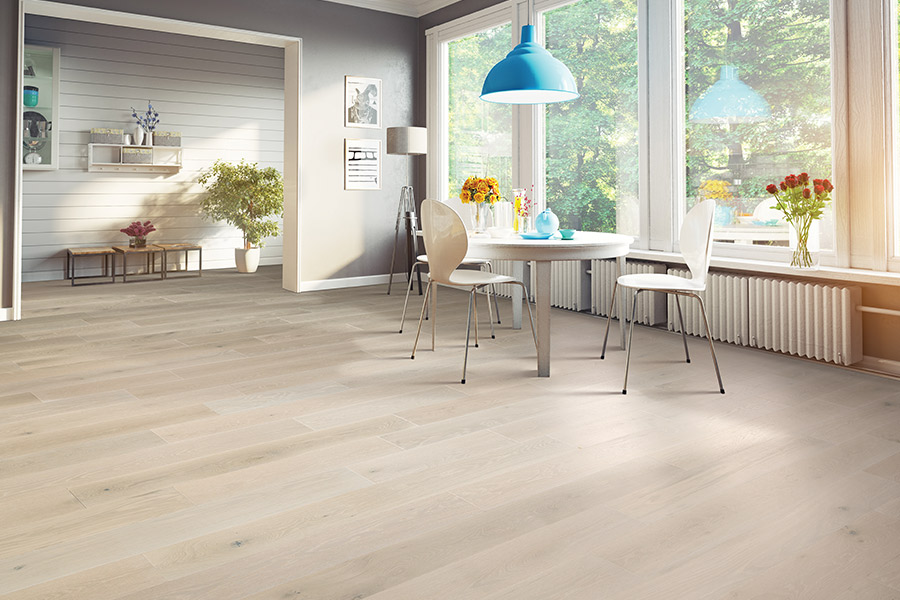 Heartwood yellowish tan to light brown. Sapwood tan to white. Heartwood is similar to and can be confused with Southern yellow pine. Fir is photosensitive, which means it can have a significant color change with continuous exposure to sunlight. Fir will often darken and take on a rich, orange-red color.

The wood grain is normally straight, with an occasional wavy or spiral texture. Nearly all fir flooring is vertical-grain or rift sawn douglas fir clear-grade material.

Fir varies in weight and strength. Young trees of moderate to rapid growth have reddish heartwood and are called red fir. The narrow-ringed wood of old trees may be yellowish-brown and is known as yellow fir. Fir is generally considered soft for a wood floor, but it has been widely used in the NW for hundreds of years as a sustainable and renewable building material.

rift sawn douglas fir is readily available for purchase new, however, if we are restoring an old fir floor, we may prefer to salvage the flooring from one of our trusted recycle/ salvage partners. 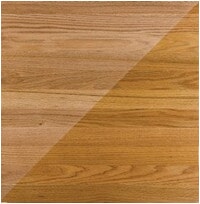 Heartwood and sapwood are similar, although sapwood is generally lighter in color. Most pieces have a reddish tone. Slightly redder than white oak. The grain pattern and characteristic of red oak is open, slightly coarser and tends to be more porous than white oak. Plain or flatsawn boards often have a wide, flared grain appearance. Riftsawn has a tighter grain pattern with limited figuring, while quartersawn has a flake pattern, sometimes called “tiger-rays”, “butterflies”, or “fiddleback”. Fiddleback refers to the appearance of the wood patterns commonly found on the back of violins and other stringed instruments.

There are over 200 subspecies of red oak grown in North America. This greatly affects color and grain variation, depending on the area of origin, seasonal changes, and climate. Therefore, not all red oak is created equal. For example, northern, southern, and Appalachian red oak are all considered different subspecies. 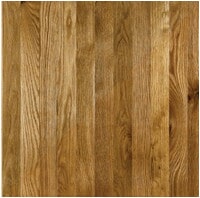 White oak coloration varies. Heartwood tends to be light brown, while some boards could have a slight pink or gray tint. Sapwood color varies from white to cream.

A white oak grain pattern is typically open, with longer rays than red oak. The grain pattern is occasionally interrupted by crotches, swirls, and various sized burls. Milling and sawing techniques produce similar characteristics as that of red oak, with very slight differences due to the species variations. White oak tends to rate slightly harder than red oak on the Janka scale, but this difference is also subject to the region of origin and other factors.

Expect to see considerable variation from board to board with regard to color and grain. These variations are often not as visible as with red oak.

We can help you select FSC and sustainably harvested wood flooring. Contact us to learn more.